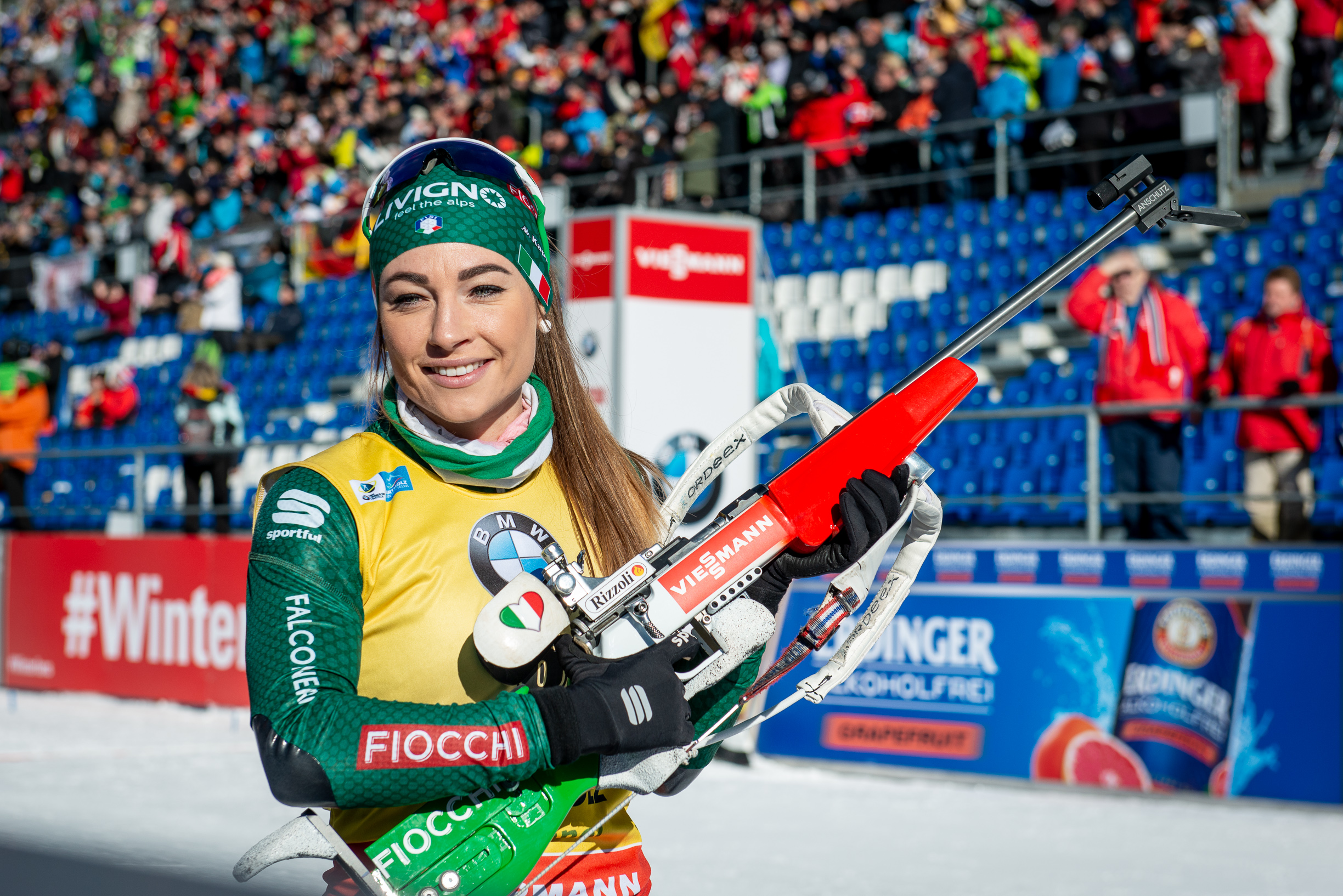 Her first victory in a pursuit race. Her first one in her home stadium, the Südtirol Arena in Anterselva: there are a lot of reasons for Dorothea Wierer to remember her win on January 26th. Including the fact that she moved one step closer to what would be the first IBU World Cup trophy of her fantastic career, a goal she will try to grab in the final phase of the season. Q1: You were coming from a long series of good placements, but with no podiums. How important it is to finally climb on those steps again, especially here in Anterselva? It was a special moment, for sure. A teardrop rolled down my eyes when I entered the stadium for the last time. In the latest competition I didn’t feel so good, so I didn’t expect to win. It wasn’t easy, because of my condition, and also because of the doubts that started spreading around. That’s why this win is more important than anyone else. I came close to it many times here, even winning some medals, but the feeling you get when you cross the finish line in 1st place is incomparable. Q2: When did you finally realize you were going to win? On my second-to-last uphill, where the coach told me I had a 14-second gap on them. There I realized I couldn’t lose. I wasn’t sure about it when I left the shooting range, because I was alone, and they were two. Q3: What was it like to compete side-to-side with your teammate Lisa Vittozzi for a long part of the race, on the track and at the shooting range? It was great, it was our first time in that situation, with such a strong gap on our rivals and on the home turf. A completely new situation for both of us! WE were probably a bit nervous about it, but we did great in tough conditions. Q4: With three stages left on the World Cup schedule, and the IBU World Championship getting closer, how are you going to manage the double target? Actually, I’m not really thinking about the general ranking right now, it’s quite pointless. There are a lot of races left, and anything can happen in a competition, everything can change. The most important thing is to stay focused. The main goal is still the World Championship, then we’ll figure out where we are and face the final stage of the World Cup. Q5: Was this the most beautiful win of your career? Yes, absolutely! Q6: Do you have any particular dedication for this gold medal? Of course, my whole family, who supported me from the stands. And the whole team, for sure. They’re the only ones who can truly understand how much pressure we have here in Anterselva, competing at home and having a lot of extra-biathlon activities. Then, finally, skimen and staff, who did and are still doing a fantastic job. If our team grew so much in these years it’s because of them. Q7: What are your plans for the final part of the season? We’ll go to Canada and the States. Even if some teams will skip those stages, to better prepare the World Championship, we still want to go. We didn’t missed a competition in a long time, and we can get some good results there, even if jet-lag could cause some problems. Q8: What’s the state of biathlon in Italy, right now? We’re a small team, but the spirit is to always stay positive, and to train hard. Our good results can definitely hep in making our sport more popular among young kids and fans.