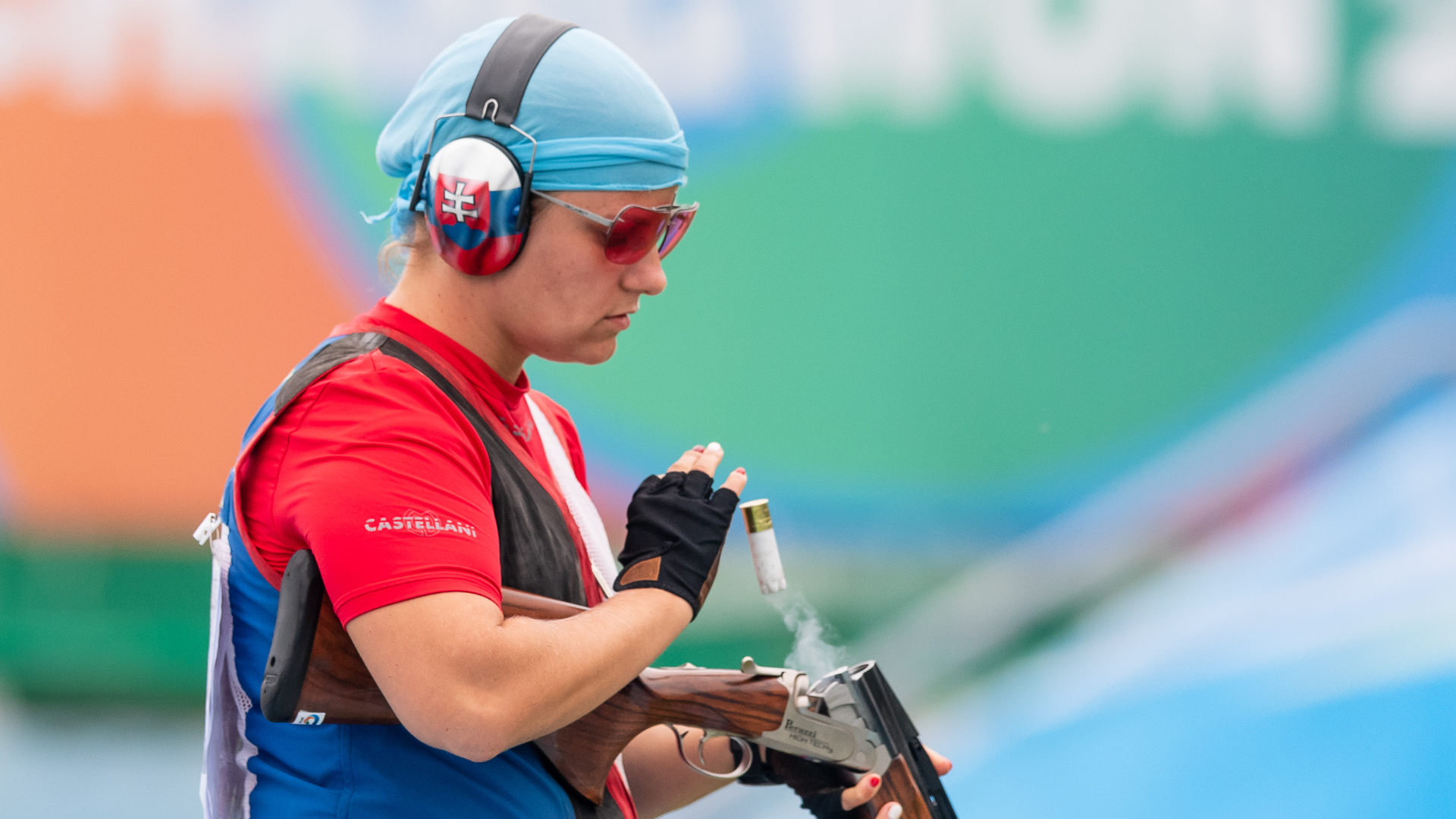 Five more medals in our showcase: this is the result obtained by Fiocchi Team during the second stage of the ISS World Cup, held in New Delhi (IND) from March 18 to 29.

In Women's Trap, Zuzana Štefečeková and Fiammetta Rossi respectively reached the first and the third step of the podium. The Slovakian shooter, pillar of our international team, conquered the gold medal at the shoot-off after closing the final with the score of 42/50, a tie with Sandra Bernal from Poland. Bronze medal for Rossi, who closed the final with 32 hits out of 40.

Bronze also for the Italian Valerio Grazini in Men's Trap: the shooter from Viterbo is protagonist of an excellent qualification and gained the third place in a very hard-fought final, with a score of 35/40.

Valerio Grazini and Zuzana Štefečeková also conquered two medals in Mixed Team Trap competition, the new Olympic specialty scheduled for the next Olympic Games in Tokyo. The Italian won the gold medal, the Slovakian the silver one.

“Congratulations to our shooters for these five medals - said President Stefano Fiocchi at the end of the competition - We are really proud to be able to get on the podiums with them all over the world”.

Now the international shooting spotlight moves to Italy, IN Lonato del Garda, where the next stage of the ISSF World Cup is scheduled from May 7 to 17.